“A Marine is a Marine. I set that policy two weeks ago—there’s no such thing as a former Marine. You’re a Marine, just in a different uniform and you’re in a different phase of your life. But you’ll always be a Marine because you went to Parris Island, San Diego, or the hills of Quantico.”

I spent the 2nd and 3rd of July on the Parris Island Marine Corps Recruit Depot to watch my younger brother—I can’t rightly call him my “little brother” anymore—become a Marine. I’m incredibly proud of him and don’t want to take away from his accomplishment at all, but I want to think about what I just said.

He didn’t join the Marines. He didn’t become an employee of the United States Marine Corps. He became a Marine.

While waiting for the graduation ceremony to begin, I was treated to several videos explaining the hell my brother had just subjected himself to. But above the descriptions of the verbal abuse he endured, the physical obstacles he overcame, and the limits his endurance was pushed to, one thing stood out: the values they tried to instill in him.

I caught myself thinking about this throughout the ceremony. This is, after all, my brother’s new job. Yes, it’s a different kind of job, and yes, it requires more sacrifice than other jobs. I would never claim that my brother’s career path is even comparable to my own or “normal” career paths.

But it is still his career path.

When is the last time your career path tried to instill values in you? When is the last time it meant something about your identity to be part of the company that employs you? When I put on my Callback Me Maybe t-shirt, with the Iron.io logo splashed across my chest, I’m not thinking of the sacrifices my colleagues made to make cloud computing better. I’m not thinking of the faith our investors showed in us, or the company legacy and culture I’m contributing to.

One phrase in the video keeps bothering me: “A Marine does not lie.”

What does an employee of your company not do?

Before dismissing my brother, a drill instructor gave the new Marines a “don’t be stupid” talk—an admonition that they are now a Marine, and their actions define the Marine Corps. They were given a long list of Things That A Marine Does Not Do.

It seems almost embarrassing that tech companies even use the word “culture”, in comparison.

My Brother, The Marine

I don’t know if it’s appropriate for private companies to emulate the military in this regard. Employees expect—and have a right to expect—more freedom and individuality than soldiers have. Employees’ private lives are decidedly off-limits to the employer, and my gut says that’s exactly as it should be. This is not a deliberation about the role the employer has in dictating the employee’s values. It’s a contemplation about the behaviour and values our employers encourage, and the values we strive for. It’s a contemplation of how our job—that thing we spend at least a third of each day doing—influences our self-identification.

But most of all, it’s a celebration of my brother, Private First Class Matthew Foran. 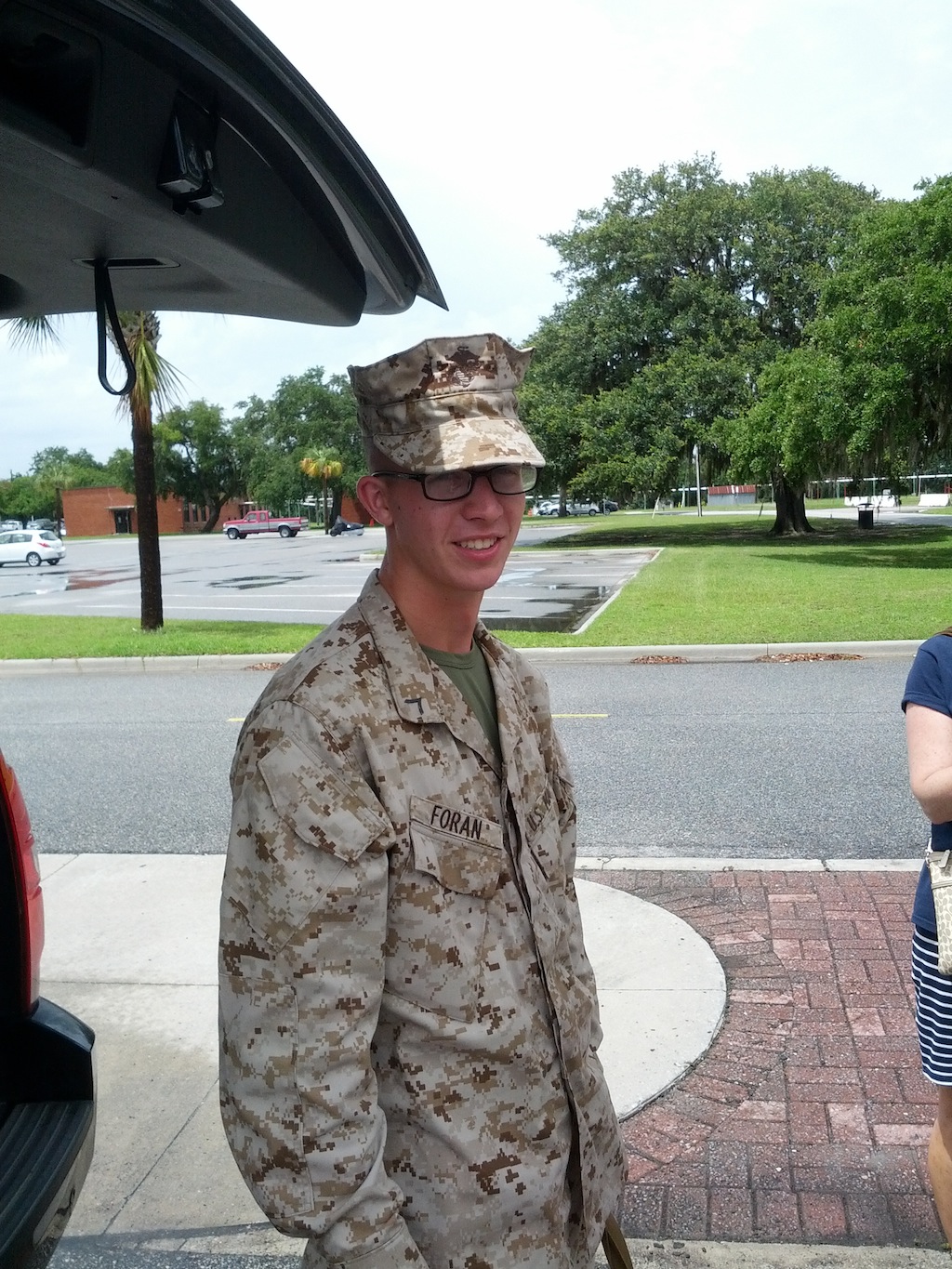